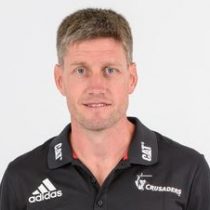 You don’t become one of the world most capped Rugby Union players without being supremely talented, and Ronan O’Gara is exactly that.

O'Gara made his Munster debut against Connacht in August 1997, scoring 19 points.

He was part of the Munster team that won the 2002–03 Celtic League, starting and scoring 12 points as Munster beat Neath 37–17 in the Millennium Stadium. O'Gara turned down the chance to join NFL side Miami Dolphins in March 2003.

On 19 January 2008, O'Gara captained Munster to victory against Wasps in their final pool match of the 2007–08 Heineken Cup, knocking the champions out and making it through to quarterfinals of the cup for the tenth consecutive season.

He was credited as the player who had made the greatest contribution to European Rugby during the first 15 years of the Heineken Cup and was awarded the ERC European Player Award in May 2010.

O'Gara's retirement was confirmed on 18 May 2013. He was offered a one-year contract extension by Munster, but instead decided to take a coaching role outside Ireland with French side Racing 92.

He confirmed in a statement on 18 May 2013 that he would be joining Racing 92's coaching team in July 2013. He became an assistant coach and also worked with their youth team.

Since making his debut in 1997, against the province of his parent’s birth, Connacht, O’Gara has become one of the world’s most respected fly halves. International representation was soon to follow provincial as O’Gara made his Ireland debut against Scotland in 2000.

He has forever cemented his place in Irish rugby folklore as his last gasp drop goal beat Wales to seal Ireland’s first Grand Slam in 61 years.

He has added the aforementioned Grand Slam to his huge trophy portfolio. He has won four Triple Crowns and a Grand Slam with Ireland as well two European Cups and multiple domestic trophies with Munster.

Upon retirement, O'Gara holds the record for the most points scored for Ireland and holds the fourth highest total points haul in the world (1083), with 16 tries, 176 conversions, 202 penalties and 15 drop goals for his national team. He is also the sixth most capped international player in the world, and as well as his 128 games for Ireland, he has played for the British and Irish Lions in their 2001, 2005 and 2009 tours. He has also captained Munster, Ireland and the British and Irish Lions.

He officially began his coaching role at Racing 92 on 1 July 2013. On 9 March 2016, it was announced that he had signed a contract extension with Racing 92, which would see him remain with the club until at least 2019.

O'Gara was incorporated into the Irish coaching group for the 2017 summer tour to USA & Japan, working as a skills coach.

In November 2017, Racing 92 announced that they will release him from his current deal due to run until 2019, allowing him to take up an assistant coaching role with the Crusaders from January 1st.

He left his role as Assistant Coach with French Top 14 side to become the new Backs Coach for the Crusaders, replacing Leon MacDonald. After helping the Crusaders to the Super Rugby title in 2018, O'Gara extended his stay in Christchurch, keeping him there until the end of the 2019 season.

He helped the Crusaders win the 2018 Super Rugby competition, the side's 11th title and second one in a row.

In August 2018, he was inducted into the World Rugby Hall of Fame. In June 2019, he was confirmed as the new head coach of La Rochelle ahead of the 2019/20 season and would join the squad following the conclusion of the Super Rugby season.

Having helped the Crusaders to their 12th Super Rugby title in 2019, O'Gara joined La Rochelle as the head coach under Jono Gibbes and in his first full season with the club, after the 2019/20 season was abandoned, he helped the French side to their first Champions Cup semi-final.

In April 2021, it was confirmed that Jono Gibbes would leave La Rochelle to join Clermont with O'Gara promoted to Director of Rugby for La Rochelle on a three-season deal commencing ahead of the 2021/22 season.