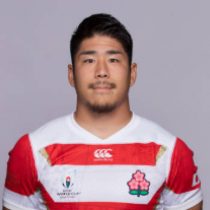 Born in Kyoto, Japan, Rikiya Matsuda is a talented and versitile playmaker.

Matsuda kicked off his career as a flyhalf but is able to play at inside centre and fullback.

A graduate of the Japanese rugby factory Teikyo University, Matsuda has represented Japan at Under-20 level from 2012 through to 2014, making 7 appearances in total at the World Rugby Under 20 Championships.

He made his senior international debut as a replacement in a match against Canada in Vancouver on 11 June 2016. He went on to make 2 more appearances in the home tests against Scotland during the 2016 mid-year rugby union internationals series, coming on as a substitute in the first test in Toyota and then starting in the second in Tokyo.

After graduating from university he joined up with the Panasonic Wild Knights in 2017. Registered his first test try in an 80-10 triumph over Korea in Tokyo on 29 April, 2017.

In 2019, Matsuda was named in Japan's 2019 Rugby World Cup and during the pool phase, he came off the bench against Russia, Samoa, Scotland and was unused in the victory against Ireland.

He also came off the bench in Japan's first-ever Rugby World Cup quarter-final against South Africa and in doing so he took his test cap tally to 24 and 39 points.

Matsuda has started just five times to date for Japan.