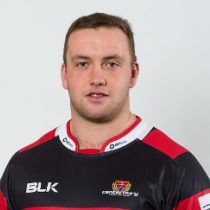 After school, he attended Lincoln University where he skippered the side to a third straight Canterbury Metro Trophy final.

Gawler backed up Highlander Daniel Lienert-Brown and Alex Hodgman at loosehead for Canterbury during the 2016 Mitre 10 Cup season.

He debuted for Canterbury during the 2016 Mitre 10 Cup, making three appearances off the bench.

Gawler made his first start for Canterbury in their Ranfurly Sheild defence against Wanganui.

He sweated it out with the Crusaders in pre-season for the first time in 2017 and attended the Brisbane Global Tens and featured sporadically as injury cover at training during Super Rugby.

He made his first start for Canterbury against Auckland during the Mitre 10 Cup season.