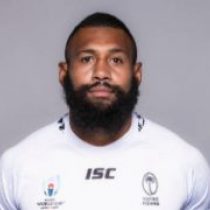 Nayacalevu joined Stade Francais back in 2012 after making his test debut for Fiji in the Pacific Nations Cup.

In May 2013, he returned to Fiji to try to win his place back to represent the Fiji 7's team at the 2013 Rugby World Cup Sevens.

Nayacalevu is held in high regard having finished the 2016/17 Top 14 season with joint-most tries of 13.

He was not part of Fiji's squad for the 2017 June Tests, having been last capped by his country the previous November against Japan.

As of September 2019, he had made 154 appearances for Stade Francais and had scored 335 points.