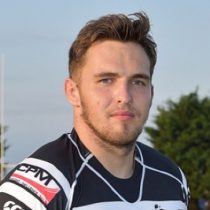 Born in Derry, Northern Ireland, Burns attended Foyle and Londonderry College and was part of the Ulster Rugby Academy.

Following his stint in the Ulster Academy, he spent a couple of years in New Zealand, where amongst others he represented Hawkes Bay NZ U20 and Hawkes Bay Saracens.

Arriving back in the UK, Burns has spent his last couple of seasons at Chinnor where he made close to 50 appearances for the Oxfordshire based club.

In May 2017, he penned a deal at Rotherham Titans, and looked to add size, physicality and stiff competition to the Titans back row department.

He arrives at Clifton Lane from National League 2 South side Chinnor RFC.