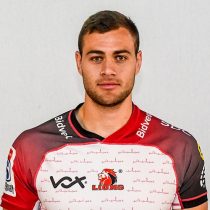 A talented flyhalf with tonnes of potential, former Griffons youth flyhalf Shaun Reynolds joined the Lions after school where he represented the Johannesburg side at all multiple levels.

He made his first class debut in the 2015 Vodacom Cup and his Super Rugby debut the following year.