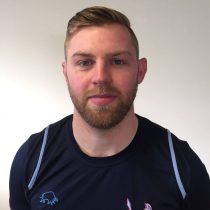 Ryan began his professional career at the Worcester academy and then played for Moseley and Coventry.

Hes featured in the majority of Coventry’s National League One fixtures in the 2016 season and amassed over 50 points.

He was signed by Rotherham in the Championship for the 2016/17 season.

In May 2017, Rotherham Titans announced that Ryan has agreed terms to remain at Clifton Lane for the 2017/18 Championship season.

Caolan, 25, joined Rotherham from Darlington Mowden Park in November 2016, having begun his professional career in the Worcester Warriors Academy, before going on to play for Moseley and Coventry.