The All Blacks' boss has sprung a few surprise selections, with some of the selections with a few stars missing due to injury.

Patrick Tuipulotu and Damian McKenzie are unavailable for selection due to New Zealand Rugby's return to play criteria after their stints in Japan. 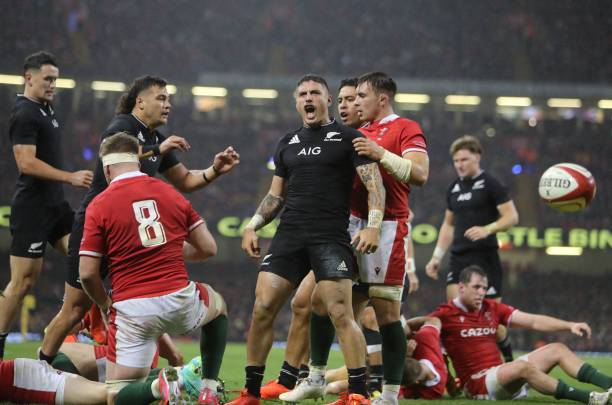 A surprising omission from the squad, TJ Perenara has been an All Blacks regular since his debut in 2013, racking up 78 test caps since.

The experienced halfback has often been used as a late replacement for Aaron Smith while never really disappointing when given the starting role.

Perenara helped the Hurricanes reach the Super Rugby quarter-finals this season, with the side winning eight of their 14 regular season matches.

He featured in 10 of their matches, scoring twice as he edged closer to topping the competition's all-time scoring record.

Ian Foster highlighted several positions where the selectors battled to narrow down the list, with scrumhalf being one of them. 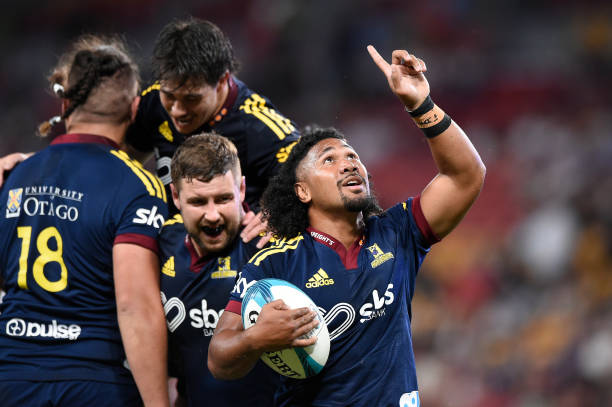 If TJ Perenara is a loser from the announcement, Fakatava is undoubtedly a winner after securing a spot in the squad despite effectively being the Highlanders' second-choice scrumhalf.

His ability is undeniable, and he has been earmarked as a player to watch since standout performances at schoolboy level with Hastings Boys'. He has delivered on that promise and was bound to make his mark on the test stage eventually.

The Highlanders finished the regular season with just four wins from 14 matches but snuck into the Super Rugby Pacific quarter-finals, where they were defeated 35-6 by the Blues.

Despite the under-par season from the Landers, Fakatava was still able to show off his exciting running game, accurate passes and strong defence, having recovered from his knee injury last year. 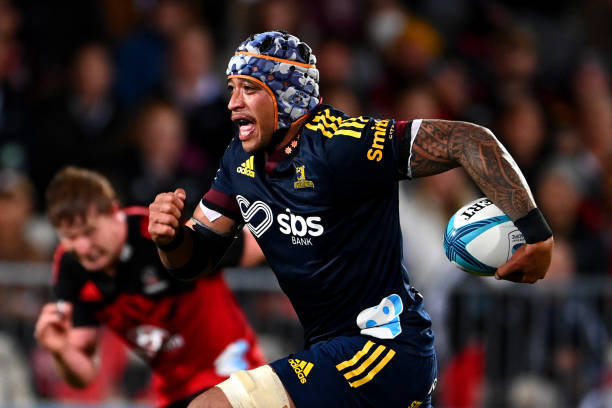 Fakatava was able to earn his test call-up after a poor season by the Highlanders, but the axe fell on Shannon Frizell.

Frizell has been provided with the All Blacks with an option at lock and on the blindside flanker over the years, but his versatility did not get him in the squad despite a relatively sound season for the struggling Landers.

Young Chiefs' forward Tupou Vaa'i has been preferred over Frizell, while Scott Barrett can also provide that cover for Foster's side. 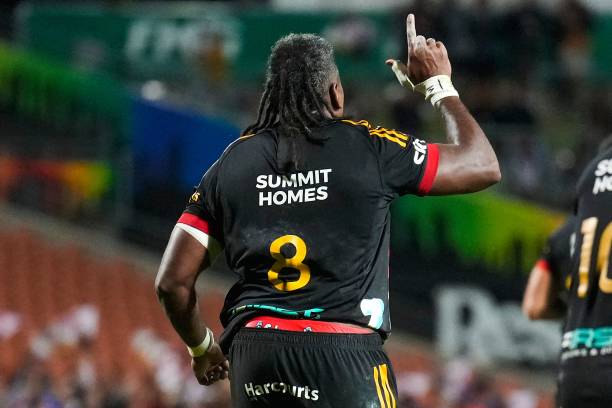 Persistence pays off for Pita Gus Sowakula, as his form for the Chiefs earns the Fijian-born back-rower a test call-up.

A talented athlete, Sowakula excelled at basketball and was selected in the 2012 FIBA Oceania Under 19 Championships for Fiji and won a silver medal in basketball with Fiji at the 2015 Pacific Games.

Sowakula joined the Chiefs as injury cover in 2018 and impressed to earn a full contract for the following season. He has been a regular since then, and this season his explosive ball carries saw the 27-year-old score five tries, make nearly 1000 running metres and assist four tries.

The injury to Ethan Blackadder may have improved his chances of making the squad, but there was plenty of competition in Cullen Grace and Mikaele Tu'u. 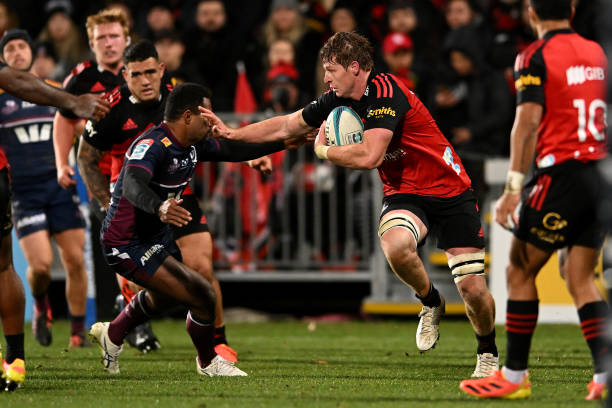 Cullen Grace is a somewhat surprising omission from the squad after a blockbuster season, including two tries in the Super Rugby Pacific semi-final against the Chiefs.

Grace could have filled the void Ethan Blackadder left with his ability to play blindside and no.8 comfortably.

He has made over 100 carries and 160 tackles for the Crusaders this season, with only Tom Christie and Blackadder being the only New Zealanders who made more.

He has seven try involvements for the Crusaders (four tries and three assists). At 22, Grace still has plenty of time to add to his single test cap. 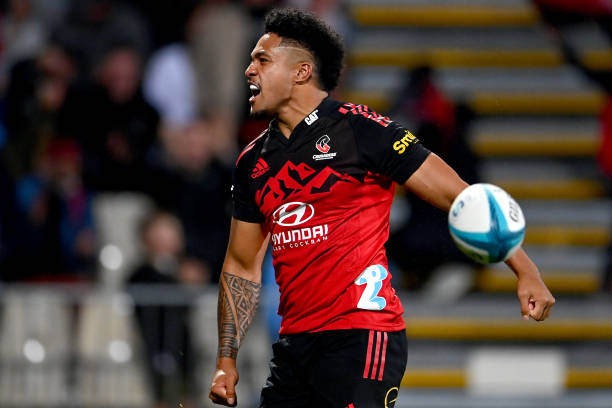 It is no easy feat to break into the All Blacks squad, and it is even more challenging to do so for an outside back.

The All Blacks always have incredibly talented players in the outside back positions, and Fainga'anuku is comfortably in that pool of players.

The powerful paceman has scored ten tries in 15 appearances for the Crusaders this Super Rugby Pacific season and has featured in the midfield for Scott Robertson's side.

His form has seen him beat George Bridge and Braydon Ennor to the squad; both players featured for the All Blacks last year. 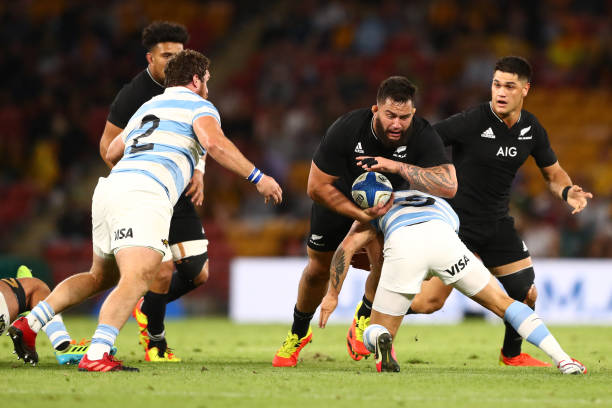 "I think we flagged early that we were spending a lot of time, particularly on the front row, on nines and probably the midfield," Foster said on his squad selection.

The Hurricanes' Tyrel Lomax and Highlanders' Ethan de Groot were two of the players who featured last year that fell short for the first squad of the season.

They can undoubtedly feel hard done by after strong seasons for their respective clubs. 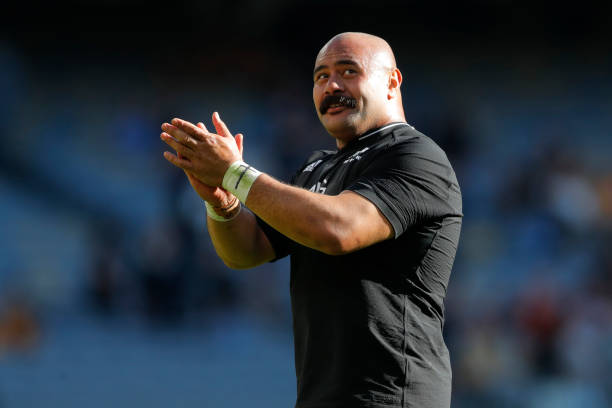 Karl Tu’inukuafe is a surprising selection in the All Blacks' squad considering his impending departure to Montpellier.

The front-rower has signed with the Top 14 club ahead of the 2022/23 season, and it is unlike the All Blacks to include a player who is departing a Super Rugby franchise.

The injury to Joe Moody is likely to be the reasoning behind his inclusion, especially with Foster describing the Series as the 'biggest home series since the 2017 British & Irish Lions tour.'

Meanwhile, Chiefs' front-rower Aidan Ross has gone from strength to strength as a Super Rugby player in 2021 and 2022 and earns a well-deserved call-up.

The 2019 NPC-winning Bay of Plenty captain is known for his work rate and sound scrummaging ability. 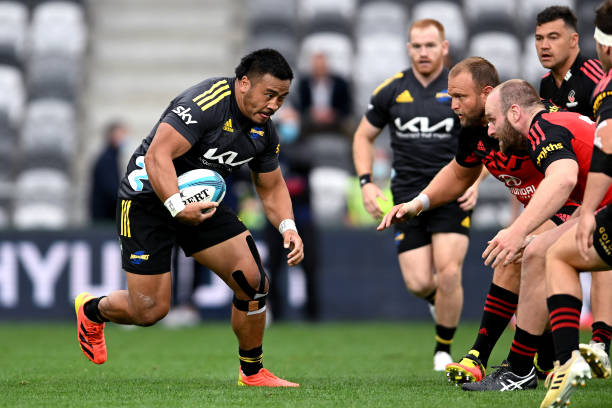 A victim of the All Blacks' hooker depth.

Asafo Aumua misses out on a place in the squad with Dane Coles, Codie Taylor, and Samisoni Taukei’aho.

Coles has just returned from injury and was always likely to be included despite his lack of game time. Taylor has been in excellent form this season and is always battling Coles for a starting role.

That leaves just one final hooker spot in the squad and it was effectively between Aumua, Taukei’aho, Kurt Eklund, and Liam Coltman. The latter is off to French club Lyon leaving the remaining trio to battle it out and Aumua lost out to the Chiefs' rake. 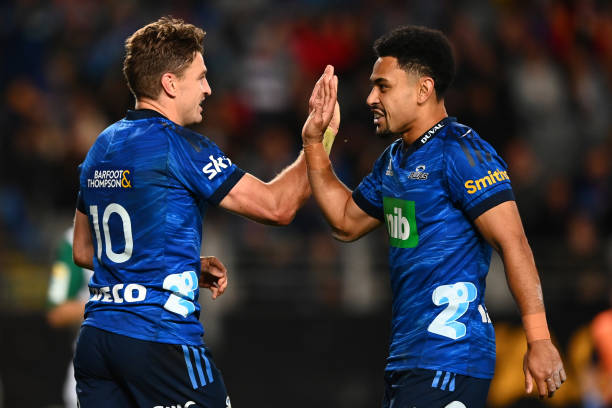 Having dovetailed between fullback and flyhalf for the Blues this season, Stephen Perofeta is well-deserving of his test call-up.

Damian McKenzie is unavailable to the All Blacks due to New Zealand Rugby's return to play criteria after his time with Suntory Sungoliath.

Perofeta can be viewed as somewhat of an insurance policy for McKenzie if he is unavailable for the All Blacks in tests to come.

His goal-kicking a bonus for the All Blacks while he has also beaten the likes of Josh Ioane to a place in the squad.

He has been listed as a first-five for the All Blacks could well cover flyhalf and fullback for the side, potentially from the bench.

Injuries have stalled his career having been touted as a player to watch from a young age, making his Super Rugby debut in 2017, and helped the Blues to victory over the British and Irish Lions but the 25 year old still has time to stamp his mark.

His form this season gnarled the praise of the All Blacks' coach:

"We've honestly liked Stephen for two or three years. He's had some niggles, he's had a few wobbles with his goal kicking but, wow, hasn't he shifted his game this year?

"The work that Leon [MacDonald] and probably Beaudy [Beauden Barrett] has done alongside him has been outstanding. He's settled, he's confident, he's playing as well at 15 as he is at 10 and is goal kicking well." 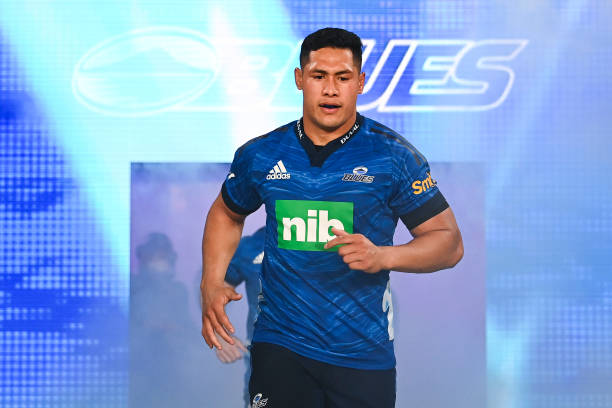 "By his own admission, he'll have some areas that he's got to get a bit better at but we believe the time is right. Bring him in and let's start working with him." Foster said of the All Blacks' latest convert from rugby league.

Tuivasa-Sheck's inclusion in the squad considering he signed with the Blues and New Zealand Rugby after he left the New Zealand Warriors.

However, he is still adapting back to rugby union after his stint with the Blues' Academy before his glittering league career.

He played just nine times for the Blues this season scoring once. The centre has assisted two tries and has managed to beat 30 defenders.

He could well have a similar impact to Sonny Bill Williams in the Black Jersey and his debut is already highly anticipated.