There are four uncapped players included in the Ireland matchday 23 to face Italy on Saturday.

Andy Farrell has handed starting test debuts with Will Connors earning his first cap on the side of the scrum while Hugo Keenan has been named on the wing.

Meanwhile, Leinster prop Ed Byrne has been named on the bench while scrum-half Jamison Gibson-Park is also in line for his test debut off the bench.

We have a closer look at the four debutants. 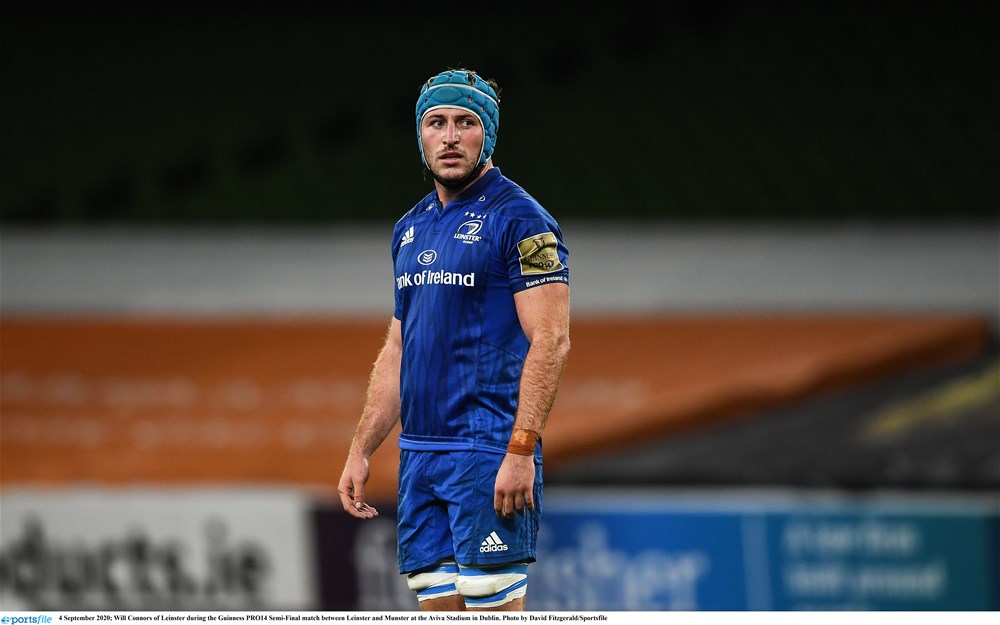 A Kildare native, Connors came through the Leinster schools system where he attended Clongowes Wood College. He went on to represent Ireland at various age-grade levels including the successful U20 side that reached the U20 World Rugby final in 2016. After featuring regularly for the Leinster Academy as well as the Leinster 'A'  and Ireland 7's before he was brought into the Leinster senior squad during 2017/18 season and made his debut for the Province against Edinburgh Rugby.

Nicknamed Porridge, Connors has made a name for himself for his excellent tackling. During the 2019/20 season, he made 203 tackles in 15 games for Leinster missing just 12 in the Champions Cup and PRO14.

Speaking to The Irish Independent in 2018, the 24-year-old explained his nickname: "I got it from my time in school as a boarder in Clongowes and I suppose every evening I would be going to the dining room with a packet of microwavable oats under my arms and I don't know how or who came up with it, but in school like that, when you spend so much time in each other's company while boarding lads are looking for the smallest thing to latch on to."

"And for me it was the microwavable porridge! So yeah, it stuck and now even more people know about it thanks to James [Lowe]. Actually come to think of it when I hear someone say 'Will' it's usually not a good sign. The mother calling you or the headmaster or whatever. So yeah, Porridge has stuck and it doesn't look like it's going away any time soon!"

The 2019/20 season was a breakout one for the 24-year-old as he made 14 appearances for Leinster in the PRO14 and made his European debut in the Champions Cup quarter-finals against Saracens. 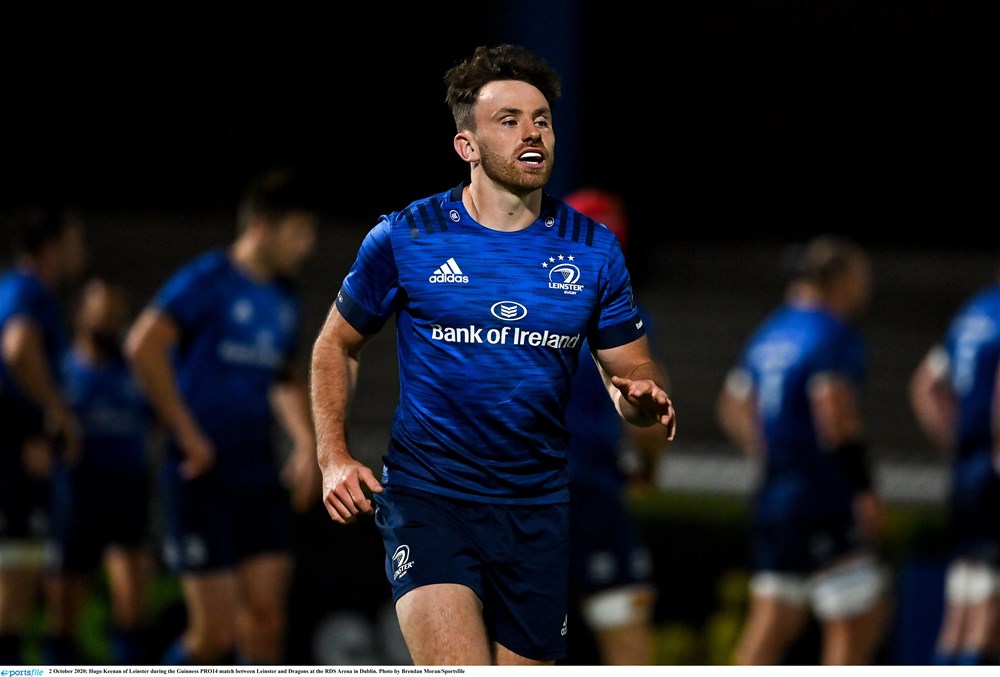 A starter for the Blackrock College 2014 winning Senior Cup Team alongside Jeremy Loughman, Joey Carbery and Munster's Conor Oliver. Keenan joined the Leinster academy following his impressive performances with UCD and Ireland U20 side that reached the final of the World Cup in Manchester, 2016.

A winger, with the qualities to play anywhere across the back three, he possesses a strong aerial presence and an ability to beat defenders with ease. Keenan made his Leinster debut v Zebre (A) 5/11/2016. He scored his first try for Leinster against the Dragons in December 2018 and by the end of the 2018/19 season he had five caps for Leinster and signed a new senior deal.

The 24-year-old spent two years with the Ireland Sevens squad and was mentored by Rob Kearney at Leinster. Shinning on the wing and at fullback for Leinster, Keenan like Connors made his European debut for Leinster against Saracens. 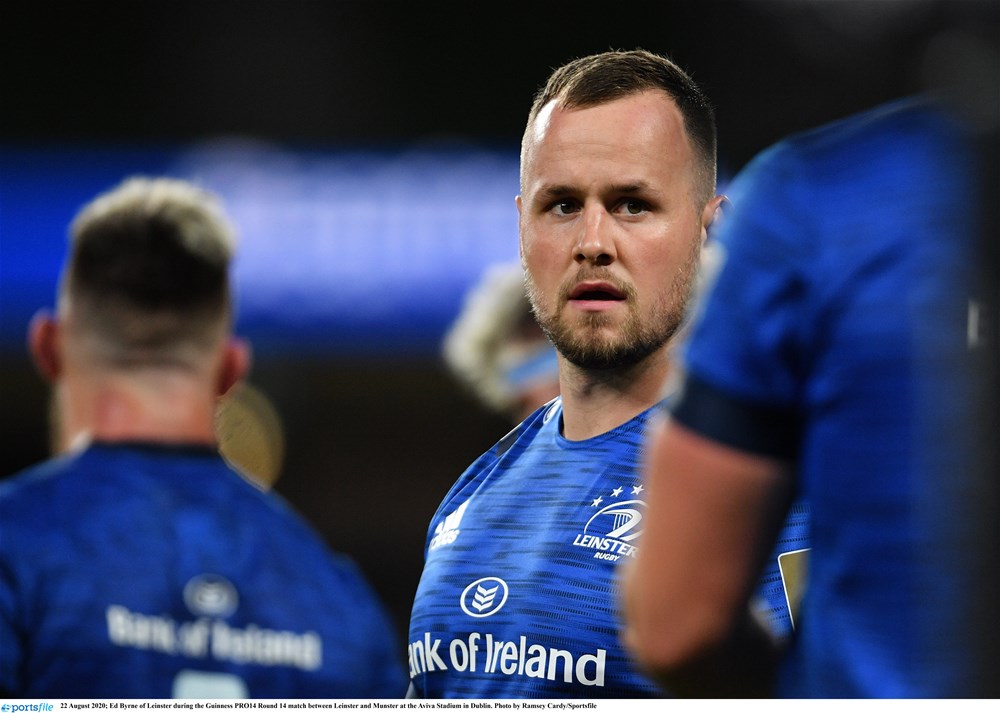 Ed Byrne, a member of a winning Leinster Schools Senior Cup team in Clongowes, came through the Leinster Academy before moving into the senior ranks. He has represented Ireland under-18, under-19 and at under-20 level. The Carlow prop was carving out a nice career for himself having graduated from the Leinster Academy and into the senior side. A debut off the bench in February 2014 against Zebre and then early the following season he started to make serious progress as another four caps were added.

An ACL injury in October 2014 left him on the sidelines for 6 months, the comeback was longer than expected but he was pencilled in for an appearance off the bench against Ulster in the pre-season friendly in Kingspan Stadium in August 2015. In the early stages of the game, Byrne suffered another injury in the same knee that kept him out for another lengthy period. Byrne returned to action with the Leinster A side before progressing to the senior team in the Pro12.

Byrne has since become a key member of the Leinster squad whether he was coming off the bench for the side or like in August where he captained the side for the first time. 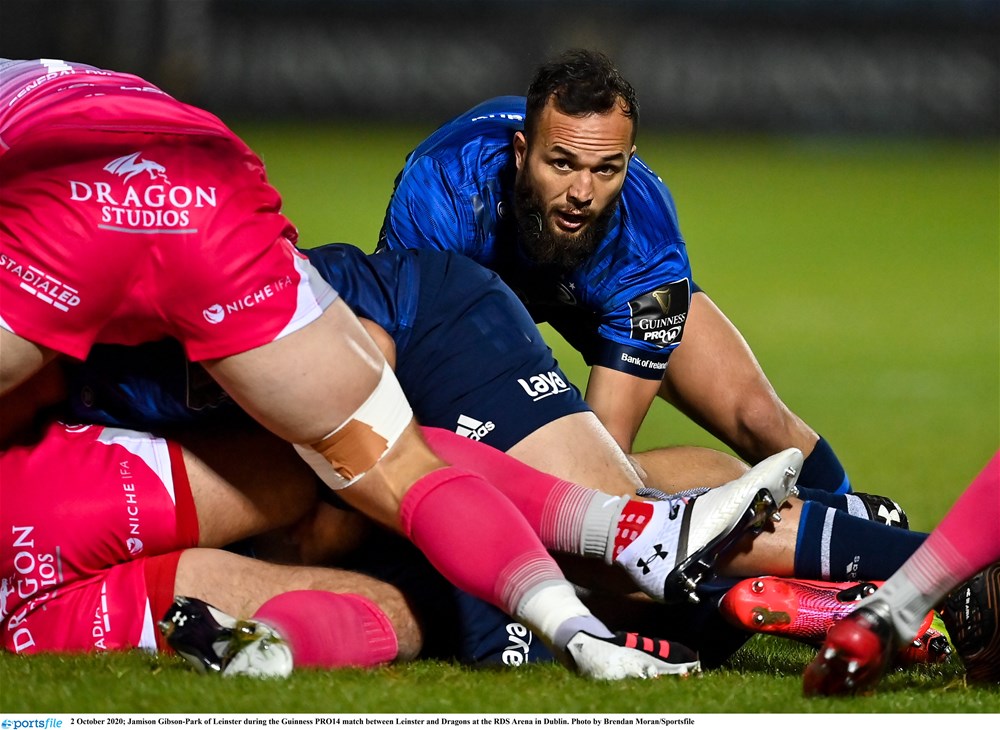 Born and raised in New Zealand Jamison Gibson-Park broke through the ranks in New Zealand when he made his debut for Taranaki in 2012. He made an immediate impact with his decisive running and ability to spot a gap. He became one of the break-out stars of the 2012 ITM Cup in his debut year for Taranaki, scoring four tries in eleven appearances and was awarded the most promising player of the year ahead of finalists Mitch Brown and Seta Tamanivalu.

In 2013 he was signed by the Super Rugby side the Blues and earned his first Super Rugby start in the Blues historic 21–28 loss over the Bulls in Round 4 of the competition. Although the then 20-year-old Gibson-Park had only played eleven matches for Taranaki, Jamie Joseph, the Māori All Blacks coach, selected him for the 2012 UK end of year tour to England, playing against domestic club team Leicester Tigers, a specially made RFU Championship XV, and ending against the Canadian national team. In October 2015, Gibson-Park was the last to join the Hurricanes 39-man Super Rugby squad after head coach Chris Boyd looked to fill gaps at halfback after the departure of Chris Smylie to Italy. He joined alongside fellow Taranaki halfback Te Toiroa Tahuriorangi.

After shining for the Hurricanes, Gibson-Park caught the eye of Leinster who he signed for in time for pre-season training. Continually shining for Leinster, he won both the PRO14 and Champions Cup with the Province and has recently become eligible to play for Ireland.

During his time at Leinster, he has made 95 appearances scoring 16 tries.