Following their maiden victory in this year’s Harvey Norman Super Rugby Trans-Tasman competition against the Chiefs last week, the St.George Queensland Reds have made no changes to their starting XV for Friday’s final home match at Suncorp Stadium this year against the Blues.

There are three changes to the Reds’ reserves with Angus Blyth and Sam Wallis recalled into the 23, so too Moses Sorovi as Queensland’s replacement scrumhalf in what will be a special night for the proud Torres Strait Islander 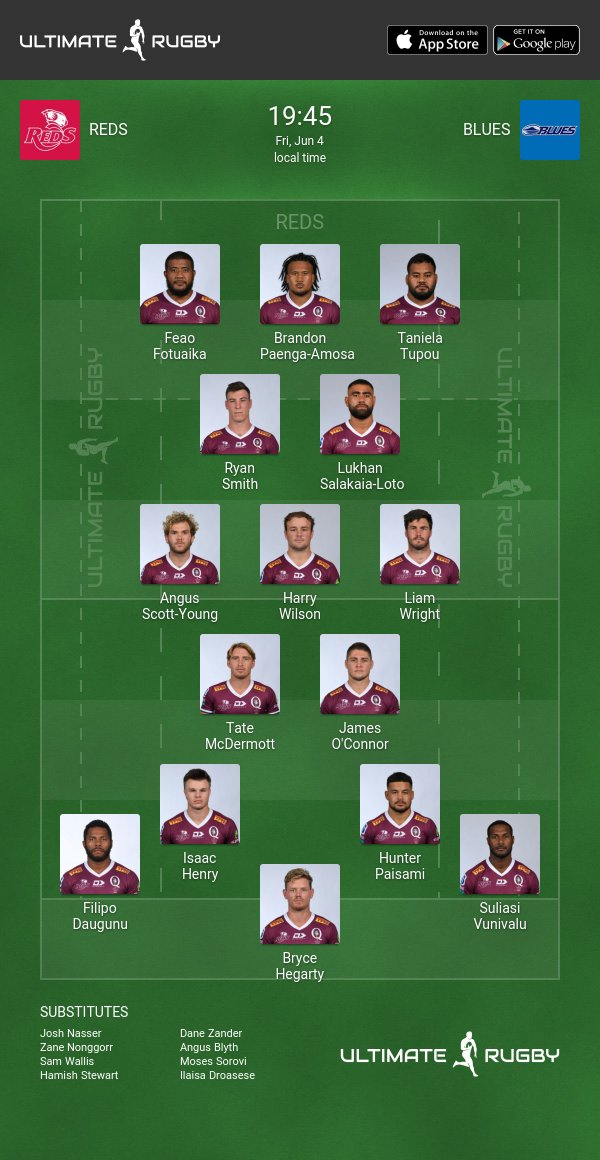 The Blues will have a full deck of cards in hand for their pivotal clash against the Reds in Brisbane in the penultimate round of the Sky Super Rugby Trans-Tasman on Friday night.

They have six All Blacks in their starting line-up led by captain Patrick Tuipulotu who has come off the bench in the last two games following his return from injury.

He is joined by fellow internationals Rieko Ioane, Akira Ioane, rewarded with a start at No 8 after a strong performance last week, Dalton Papalii, Ofa Tuungafasi and the in-form Karl Tu’inukuafe, set for a massive confrontation with the Reds’ Tanielu Tupou.There are a further three All Blacks to come off the bench comprising Hoskins Sotutu, Nepo Laulala and Alex Hodgman 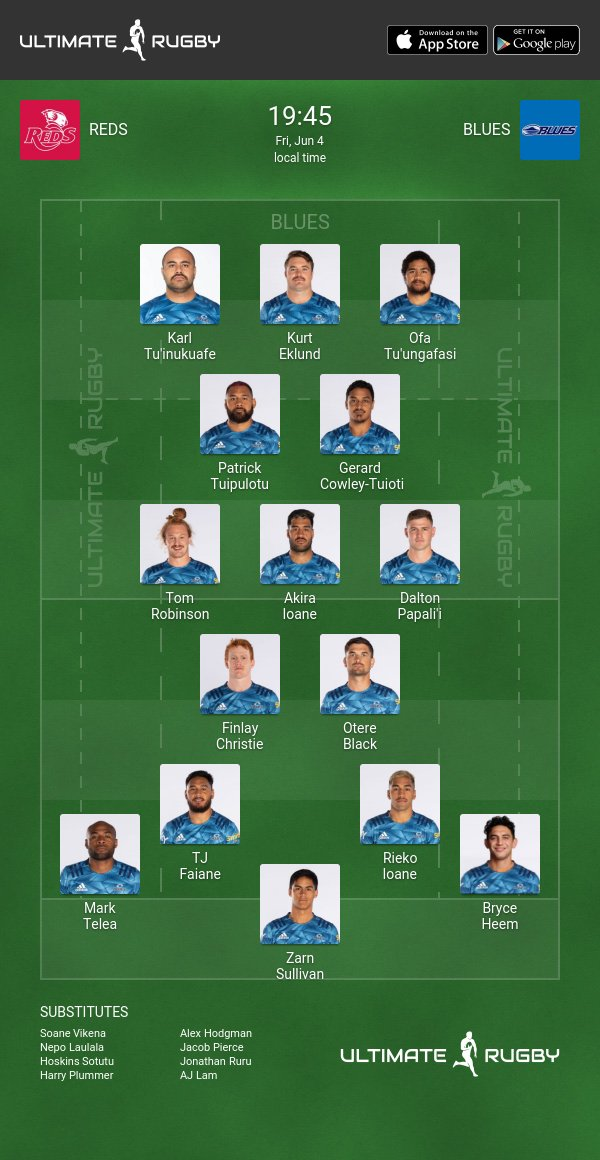