A Challenge Cup record of 51,431 fans packed into the Stade Vélodrome and witness Lyon produce a sensational performance handing Toulon a fourth defeat in the final of the competition

Scores from Baptiste Couilloud and Pierre-Louis Barassi, in addition to a penalty try and 10 points from the boot of Leo Berdeu, saw Lyon reign supreme in Marseille.

Toulon were in contention at the break thanks to Baptiste Serin’s try, but they were outclassed in the second half, and the game was up by the time Cheslin Kolbe dotted down late on. 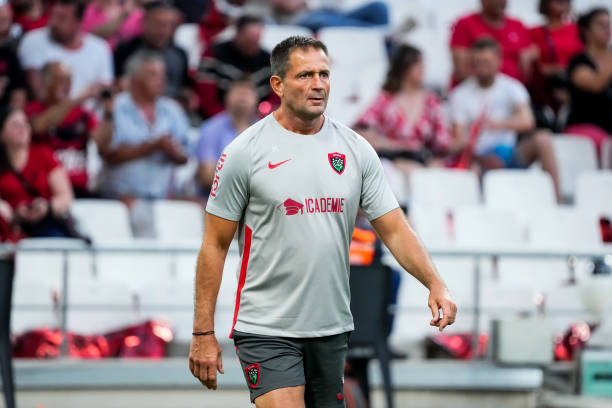 “It must be acknowledged that Lyon had a very good performance,” RC Toulon head coach Franck Azéma said.

“They didn’t give us any spaces.

“They attacked us constantly, in all areas of the game, whether in front, behind, in the foot game, the occupation. We were constantly late.

“We have been less dominant in the bitterness that we can put into the fight. Rugby is a game of pressure, you either exert it or you suffer it.

“Tonight (Friday), we suffered it. When you’re a competitor, you can’t be satisfied with that. It’s frustrating because the trip was beautiful but the end is hard.” 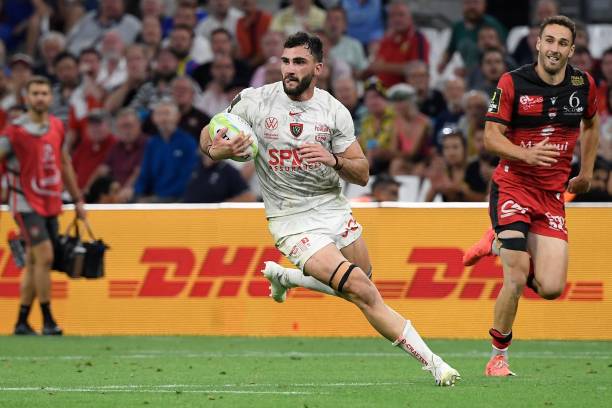 “We never really got into that final. We were jostled in attack, in defense. I do not have an area to come out of. Physically, we were also a tone below.

“That’s why we didn’t manage to regain the upper hand even though we reacted after the first try. Today (Friday), we didn’t deserve to win. But we would have liked to have another end.” 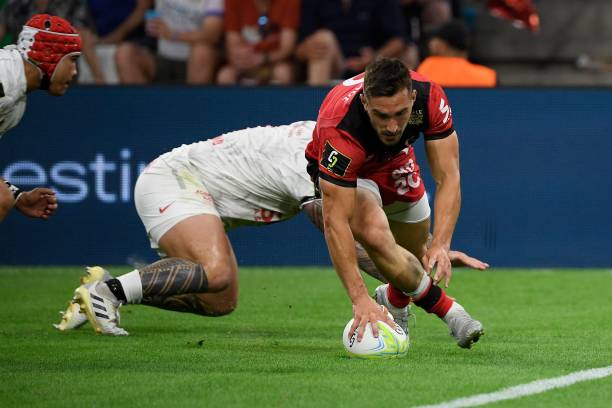 “Today, only that title counted,” he said.

“We knew that we would be expected in the conquest sector and we were irreproachable against one of the biggest packs in Europe.

“We had put all the things in place this week to prepare for this game. We were ready for the duel, for the fight. It makes sense to transcend oneself for this kind of event.

“We are a group that has matured and fed on its past failures. Experienced players like Jordan (Taufua) brought us a lot of serenity. He guided us to find this lucidity in the important moments.

“Everything has been done this year so that we grow together and go for this victory. There is a lot of happiness and emotions.

“It’s the accomplishment of seven years of work since we went back to the TOP 14. It was important for us to go for a title. We put Lyon on the map of European rugby.” 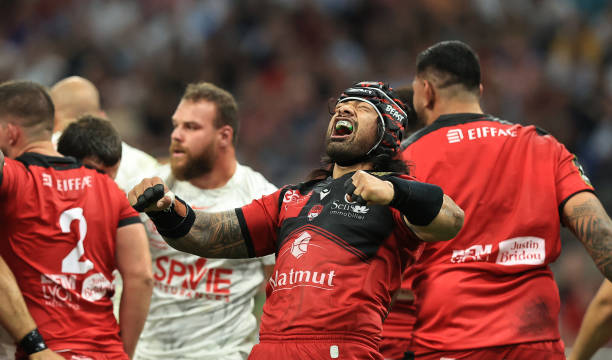 “We were after a performance we wanted to be proud of,” he said. “We wanted to play good rugby, show LOU rugby to everyone, and also to Toulon. And I thought we did that tonight.

“They stepped up on defence when it counted and [I] can be proud of the boys for doing that.

“A lot of people [were] talking about Toulon, but we didn’t talk that much. We just wanted to go to work and show LOU rugby. I thought we did that tonight.” 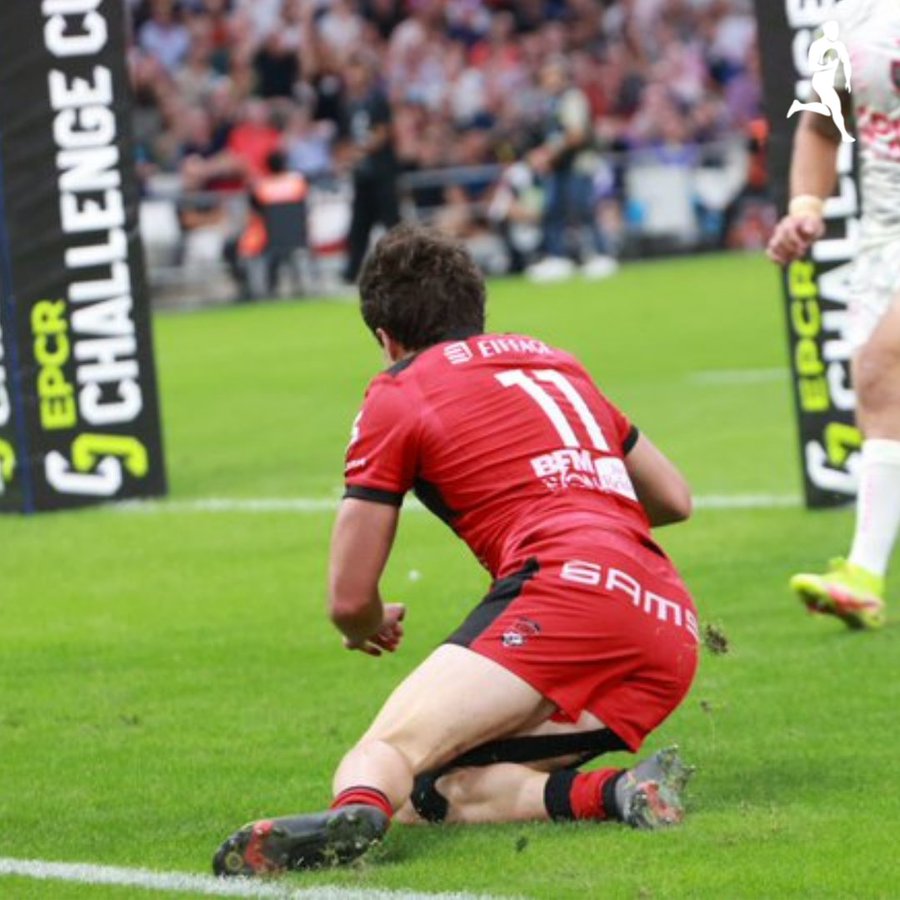 Lyon ended the first half on top but failed to register as any points as Berdeu sliced a penalty wide before wing Davit Niniashvili saw a try chalked off by the TMO.

The teenager looked to have finished off behind the posts after Couilloud took a penalty quickly and darted into the Toulon 22m, but he slipped a foot onto the dead ball line despite being under no pressure.

A mistake Davit Niniashvili would want to QUICKLY put behind him! 😱

The Lyon winger has a try ruled out on the stroke of half-time as his foot scrapes the line in the try zone.#ChallengeCupRugby pic.twitter.com/kog2kNdzCe

Lyon struck first with a try after just eight minutes, but Toulon hit back with a score to level matters at seven apiece after 17 minutes of play. Lyon edged ahead with a penalty midway through the first half, with Toulon missing a shot at goal shortly after. Lyon missed a penalty just before halftime and should have had a try with the final play of the first half, but would have to settle for a slender 10-7 lead at the break. Lyon were awarded a penalty try just five minutes into the second half, with Toulon picking up a yellow card in the process. It went from bad to worse for Toulon, as Lyon crossed for another try shortly after to open up a 24-7 lead with a little over half an hour remaining. Lyon added a penalty just before the hour mark to head into the final quarter with a comfortable 27-7 lead. Lyon picked up a yellow card after 62 minutes, but despite being a player down, slotted another penalty with around ten minutes remaining. Another Lyon yellow card followed, allowing Toulon to run in a consolation score. A historic victory for Lyon who are champions in Europe for the very first time.

Man of the match 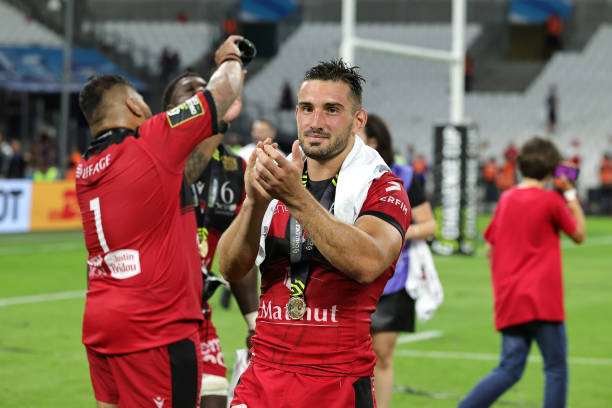 Couilloud starred throughout the match at Stade Vélodrome and set Lyon on their way to victory with a try on seven minutes – moments after having another score ruled out by the TMO.

The 24-year-old was superb on attack racking up 116 running metres and completed an offload.