The Round 9, Pro14 Irish derby between Leinster and Munster on Saturday has left the latter ‘incredibly frustrated’, according to Head Coach Johann van Graan.

Munster led for the lion’s share of the match before an burst of brilliance by Leinster winger Jordan Larmour saw the men in blue capture the lead with just over ten minutes to play. The final whistle sounded with the score at 13-10 in Leinster’s favour.

“The players gave it everything out there, a lot of work-rate, effort and belief,” Van Graan told Eir Sport.

“It was small margins, that ball hits the post on the stroke of half-time. We didn’t convert that opportunity.

“Credit to them, a special try, one of our guys slipped and the bounce goes their way. We came up against the champions tonight and we were literally a penalty away, which is incredibly frustrating. There’s a lot of hurt in the dressing room. 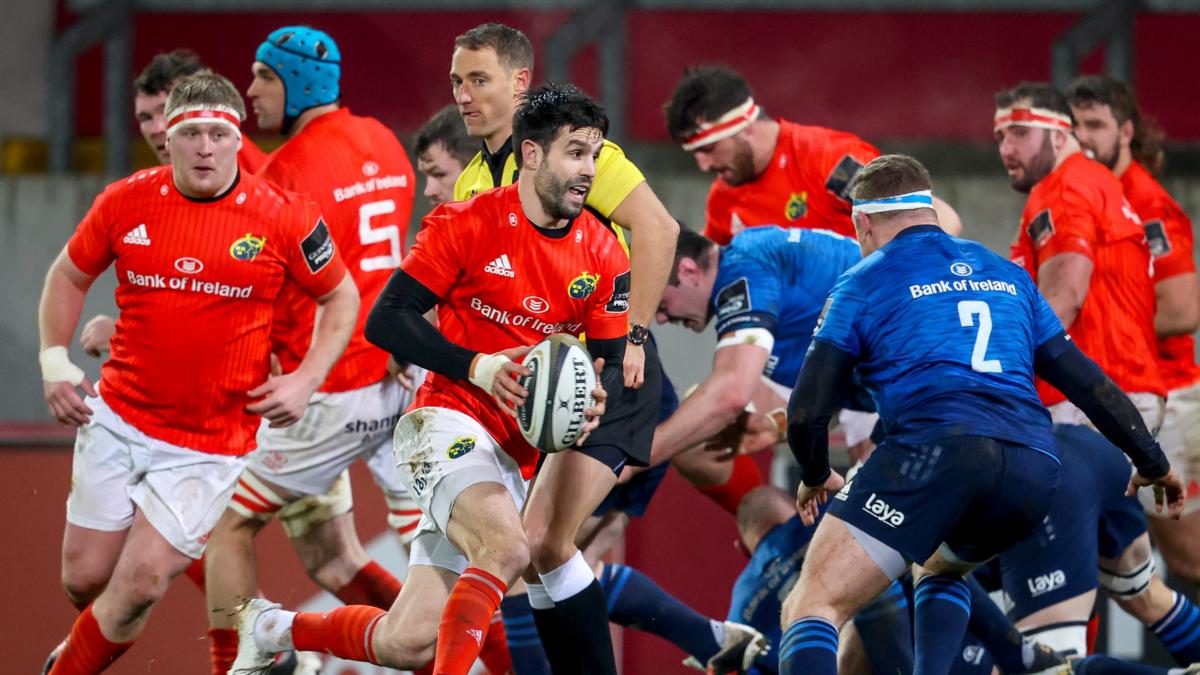 “We put our heart into it and came up short. We hate to lose but we were just one moment short of a victory. Fair play to Leinster.”

The loss means that Munster are now without in victory against their arch rivals in the last five outings between them.

Leinster boss Leo Cullen was in brighter spirits while subtly admitting that his troops needed a stronger start.

“It took us a while to settle into the game. We had a slow start. We didn’t deal well with some of the aerial challenges and gave Munster a lot of access and territory.

“We only kicked into gear when we were 10 points down. I thought the players held their nerve well and the bench came on and added some good energy as well.

“We are pleased to get the win but it was far from a perfect performance.”