Eddie Jones and Ian Foster have named their lineups for Saturday's blockbuster clash between England and New Zealand at Twickenham.


It's been an indifferent year for both sides as England finished the Six Nations with just two wins from five and third overall.

Meanwhile, New Zealand recovered from a home series defeat to Ireland to narrowly win the Rugby Championship and retain the Bledisloe Cup.

While Eddie Jones' side has one final game in 2022 against South Africa next week, Saturday provides the All Blacks with the opportunity to finish the year on high.

Ian Foster's charges have won their last six matches in a row, with their most recent defeat coming back in August against Argentina. England also tasted defeat at the hands of Los Pumas but bounced back to emphatical beat Japan, the side New Zealand beat 31-38.

Ahead of the clash, we look at the positional battles that will be pivotal to deciding the fixtures. 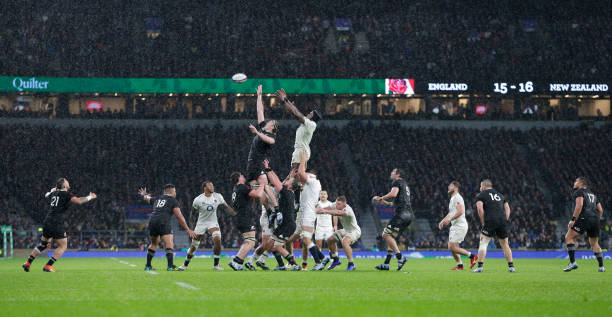 Since the addition of Jase Ryan to the coaching staff, the All Blacks' lineout has become one of their most lethal weapons. In their fixtures against Wales and Scotland, New Zealand ran in 12 tries, eight originating from the lineout.

Veteran second-rower Sam Whitelock continues to prove his value in this game area, as he runs the lineout to such a high standard.

Whitelock will be well and truly put to the test on Saturday, with Maro Itoje on the other side of the lineout. Itoje slips back into the second row after featuring at blindside against Argentina and Japan.

Itoje is renowned for his ability to claim lineout steals and his strength in stopping rolling mauls. Whitelock will be out to nullify the Englishman's influence in these areas while also applying pressure on England's lineout.

Itoje will be tasked with running England's lineout and is somewhat hamstrung compared to New Zealand, as he and Jonny Hill are the only two recognised jumpers in the starting XV. Meanwhile, the All Blacks have Whitelock, Brodie Retallick and Scott Barrett in theirs.

Five of England's nine tries over the past two games have originated from the lineout, proving that dominance at the set piece is crucial to both sides. 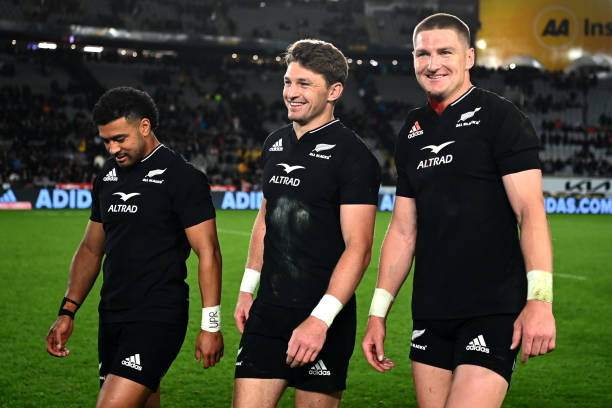 Saturday will mark the 100th time that Owen Farrell has represented England in a test match. Although the seasoned international has cemented his role in the side over the past decade, there are still question marks over his combination with Marcus Smith.

The comprehensive win over Japan may have papered over the cracks in England's attack that failed against Argentina, and the Smith-Farrell combination will be put under the microscope again this weekend.

Likewise, there is still question marks whether fielding Richie Mo'unga and Beauden Barrett in the same starting lineup is effective for the All Blacks. Jordie Barrett returning to the centre berth does provide yet another playmaking and kicking option for the New Zealanders, but at what point does it become too many chefs and not enough cooks?

The dual playmaking combination that successfully takes control of the match in terms of dictating play and dominating territory is more than likely going to end on the right end of the result.

The All Blacks have reminded us over the past two weeks that they can turn a poor performance into a victory with a strong finish, and last week it was the Barrett brothers who drove them to their win. 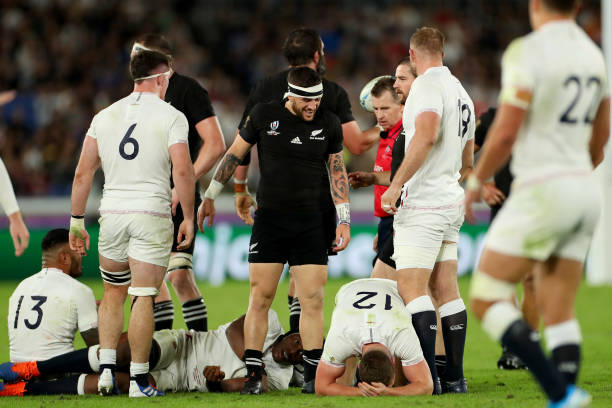 Both coaches have included some incredibly talented players on their respective benches, and with the game likely to come down to the wire, their impact could decide the result.

England will fancy their chances in the scrum in the latter stages of the match with the experienced trio of Jamie George, Mako Vunipola, and Will Stuart fronting up against Samisoni Taukei'aho, George Bower, and Nepo Laulala.

Bower is still finding his feet at test level, and Stuart will undoubtedly target the All Blacks loosehead while the battle between Vunipola and Laulala is mouth-watering. Meanwhile, George and Taukei'aho can add a ton of energy outside the set piece.

The abrasive David Ribbans will be itching to get stuck into the All Blacks after two impressive shifts this Autumn. Scott Barrett starting at blindside has allowed New Zealand to field two back rowers on the bench in, Shannon Frizell and Hoskins Sotutu, to add flair and grunt in the closing stages.

The experienced heads of Ben Youngs and TJ Perenara feature off the bench, as they did in this fixture back in 2014. Perenara has forced his way back into the All Blacks set-up after falling out of favour. Along with the Barretts, Perenara shifted momentum for New Zealand last weekend against Scotland, while Youngs picked up from where van Poortvliet left off to down Japan.

Guy Porter drops to the bench after scoring twice against Japan, while Henry Slade retains his place after some impressive touches from fullback in his 50th test last week. David Havili gives New Zealand cover at inside centre and fullback, while Anton Liernert-Brown covers both centre positions.

With so much quality on the bench, we can expect an enthralling finish to this match.