Charles Ollivon will take over the captain's armband for France's two-test series against Japan in July.

France head coach Fabien Galthie has named a 42-man squad to travel to Japan with the likes of Antoine Dupont, Gael Fickou and Romain Ntamack given the summer off to rest.

Toulon's Baptiste Serin misses out on the squad with Bordeaux's Maxime Lucu named in the squad.

There are four players included from the PROD2, France's second division. 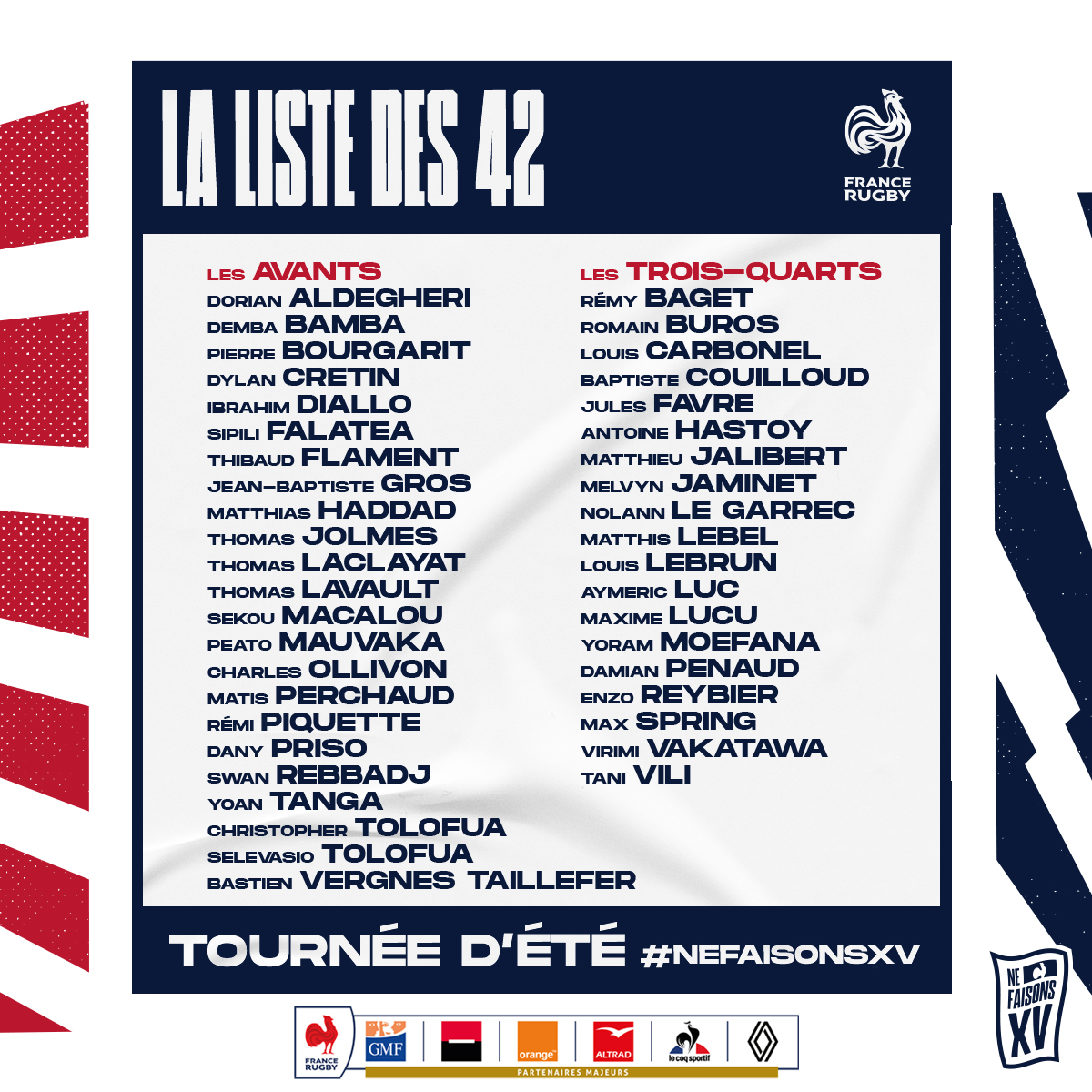