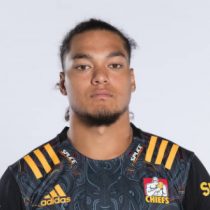 Naitoa Ah Kuoi has been involved in the New Zealand Secondary Schools and also represented New Zealand in the 2019 Under-20 Oceania Tournament.

He is a young lock who progressed through the Mitre 10 Cup season showing he was more than capable of matching more experienced players in his position.

An athletic player who is equally adept in the tight, he has also shown a real ability to pop up out wide to support ball carriers in attacking situations.

He signed with the Chiefs in 2020, but has yet to make his Super Rugby debut.

Ah Kuoi has been included in Wellington's squad for the 2020 Mitre 10 Cup competition.