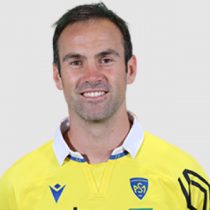 Known as the “Petit Général”, Parra is a vocal player whose presence is evident throughout the 80 minutes of every match he plays.

A truly excellent scrum-half, whose versatility allows him to play 10 when called upon, he moved to Clermont in 2009 from Bourgoin having played over 60 games for the side.

He made his international debut against Scotland in 2008 aged 19 and has since been the first or second choice scrum-half for his country.

Not only are his skills as a nine unbridled, but he is also well known to be an ultra-reliable placekicker. In 2015 he was selected in the final 31-man squad to represent France at the World Cup in France.

Parra made 66 appearances for France, scoring 355 points ahead of a 3-year absence from the National side before earning a recall for the 2018 June Test Series against New Zealand.

Parra, named for the 2019 Six Nations squad has had 31 previous 6 Nations appearances scoring a total of 158 points.

Championnat Player of the Year 2010