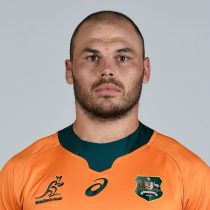 Signing with the Waratahs for two years ahead of the 2017 pre-season after a stint with the Brumbies, backrower, Michael Wells played a key part in Northern Suburbs’ historic first Shute Shield Championship win in 41 years against Sydney University in 2016.

Wells previously spent time with the national men’s Sevens team, where he represented Australia on the international Sevens circuit during the 2014/15 World Series, making his debut in the opening round on the Gold Coast. Powerful and dynamic on the field, Wells also played for his country in the Under 20s squad that competed in the Junior World Championships in France in 2013 and in the Australian Schoolboys side in 2011.

A product of Sydney’s St Ignatius College, Wells was a key member of Norths Club since 2014 and made a number of impressive performances for the North Harbour Rays in the inaugural Buildcorp NRC the same year.

Wells made his Super Rugby debut with the Brumbies against the Stormers in 2016 and went on to play a further six games for the ACT side before announcing he would sign for with the Waratahs for the 2017 season.

The talented back-rower would play 15 games in his first season with the Waratahs, scoring his first Super Rugby try in Round 5 against the Melbourne Rebels.

At the end of 2019, Wells announced he would play for the Melbourne Rebels for the 2020 Super Rugby season.