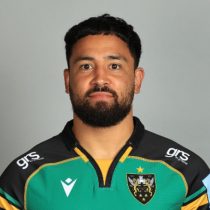 Matt Proctor became one of five members of the Hurricanes squad from the Oriental-Rongotai club in Wellington when he was selected for the first time for the 2013 season.

Proctor has shown he has pace and flair on attack, after completing his debut provincial rugby season in the Capital, in which he played 11 times for the Wellington Lions and scored a hat-trick in an ITM Cup match against Otago. Matt was also a member of the 2012 New Zealand U20 Junior Rugby World Championship side.

He had to wait for several games before he made his debut but made a terrific start to his Super Rugby career by scoring a try on the wing in his first game, against the Stormers in Palmerston North. Injury put the brakes on Proctor's second season, but he returned to play the last three matches of 2014 at fullback, while again missing the early part of the ITM Cup before returning to play matches at centre, wing and fullback.

Proctor was part of the Hurricanes side that – under Chris Boyd – secured the Super Rugby title in 2016, following that successful season he was named in the Maori All Blacks squad starting the matches against USA, Munster and Harlequins.

His 2017 season was riddled with injury but he still managed to add 7 Super Rugby caps to his total scoring 2 tries. He was also included in the All Black Maori squad to face the British and Irish Lions. He started the match at outside centre but left the field 10 minutes into the second half with a shoulder injury.

His other appearance against the Lions saw him celebrate his 50th appearance for the Hurricanes, which ended in a 31 all draw.

Proctor built a reputation as one of the finest midfielders in New Zealand during his time with the Hurricanes and was finally rewarded when was called into the All Blacks squad for the 2018 November test against Japan, where he started on his debut and grabbed a try against Japan.

His final season with the Hurricanes saw Matt feature with his younger brother Billy, who has been tipped for a bright future after signing the longest first professional contract in New Zealand Rugby.

That would be his one and only test for the All Blacks as he was placed on standby for the 2019 Rugby World Cup, but was never called upon. He joined Saints ahead of the 2019/20 season after earning 67 caps for the Hurricanes scoring 12 tries.

Proctor made his Saints debut off the bench against Lyon in the Champions Cup, earned a start a week later against Treviso but it was his Premiership debut a week later that he really made his mark.

He scored a brace in the first 30 minutes in the derby against Leicester Tigers making over 130 running metres, beating 9 defenders and made 5 clean breaks.

After 41 appearances for the Black, Green and Gold, Proctor penned a new undisclosed deal with the club.