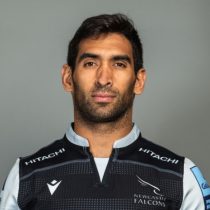 Originally born in Tucumán, Orlando is more than capable on the wing but features heavily in midfield for Jaguares and Los Pumas.

The utility back signed up with the Jaguares ahead of the 2016 Super Rugby season playing on 12 occasions & 13 times the following season (3 tries).

He was named in the Pumas squad ahead of the 2017 November series, having won 30 caps to date. He went into the 2018 Rugby Championship with 24 test caps.

In 2019 Orlando helped the Jaguares to the Super Rugby final before representing Los Pumas in the Rugby World Cup.

2020 saw him sign an 18-month deal with Newcastle Falcons.

As of July 2020, Orlando has scored a total of 15 tries in his 59 Super Rugby appearances and has been capped 44 times by his country.