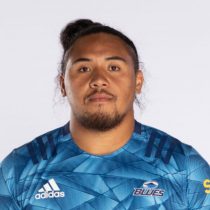 He began life at St Peters in Auckland as a loose forward, before moving over the bridge to represent Northcote RFC.

In 2018 Luteru made his North Harbour debut against Waikato in Round 2 of the Mitre 10 Cup.

Luteru made his debut off the bench against the Stormers in Captain in Round 5 of the 2020 Super Rugby season.