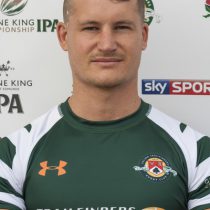 Daniels, the South African born utility back line, represented the Ealing Trailfinders after his move from Esher in 2014.

The quick footed player is comfortable at fly half, wing and fullback and is useful with place kicking if required. His 267 points in the 2013/14 season earned his side a fifth place finish in National 1.

Daniels saw his 2016/17 campaign cut early due to injury, however prior to this he had scored 1 try in 13 appearances for the Trailfinders.

In 2018, Daniels made the switch to Bristol Bears ahead of their 2018 campaign.

He made his Premiership debut in the opening day victory over Bath at Ashton Gate, before going on to make eight league appearances.