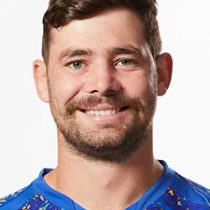 Liam first earned a full-time Reds contract in 2011 while still just 17 years of age and in the nine appearances he made during his debut season of Super Rugby in 2011, the young flanker always impressed. Gill demonstrated enormous leadership qualities for a player of his age and was given the honour of captaining the Australian Under 20s at the 2012 Junior World Championships in South Africa, in his third campaign.

In 2012 Gill missed the Wallabies June Test window due to the Australia Under 20 selection, he later became Australia’s 861st Test representative later in the year when he made his national debut against the All Blacks in Auckland.

The match didn’t go the way of the Wallabies but Liam flashed enough of his brilliance to remain a permanent fixture in the matchday squad throughout the remainder of the Rugby Championship. Gill developed a reputation for his exceptional work rate and consistency and remained on the fringes of the Wallabies test squad.

In the years that followed Gill continued to perform for the Queensland Reds, but the exciting flanker was in the right place at the wrong time when it came to international rugby, he had to fight for his spot in the Wallaby side with the likes of David Pocock, George Smith and Michael Hooper all ahead of him in the pecking order.

Gill has made 15 appearances for the Wallabies, all off the bench and in he announced that he would be joining French side Toulon ahead of the 2016/17 Top 14 season. During his only season at the club, Gill made 29 appearances scoring 7 tries before joining Lyon on a one-year deal ahead of the 2017/18 season.

He spent two seasons at Lyon making 60 appearances for Lyon scoring 15 tries and helped the side qualify for the Champions Cup for the first time featuring in their debut season in the competition.