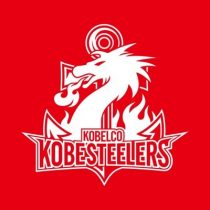 Web Facebook
Kobelco steelers are based in Kobe. They were the first ever Top League champions when the League started in the 2003-4 season. They were coached by Terunori Masuho a former Waseda and Steelers player but he resigned after the 2006-7 season when the team was placed 6th in the Top League.

Get the App Now! Open in the app Continue to site
Access unlimited content by subscribing or logging in
Show More
x
Follow the teams that matter to you.