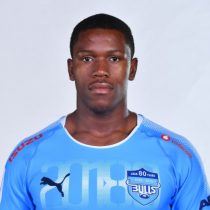 A former Eastern Province youth representative, Khwezi Mafu was named in the South African Schools side in 2015 and a strong showing in 2016 show him represent the side for the second time.

After school Mafu was signed to the Blue Bulls Academy where he continues his development. The youngster was included in the Bulls wider training squad ahead of the 2018 Super Rugby season but was not named in the final squad.