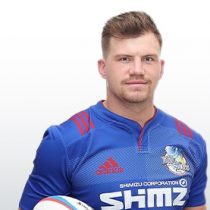 Born in Carltonville and schooled at Bishops, Kotze rose through the WP U19 & 21 teams to make his Super Rugby debut in 2015.

A versatile backline player that could play in the centres or on the wing, Kotze's first provincial involvement came in 2012, when he was included in the Western Province U19 squad that participated in the 2012 Under-19 Provincial Championship.

He made a single appearance for the Western Province U21s in the same season. He made ten appearances for Western Province U21 in the 2013 Under-21 Provincial Championship, scoring a brace of tries in his first start at this level in their final match of the regular season against the Sharks U21. They topped the log to qualify for the semi-finals and Kôtze started both the semi-final win against the Golden Lions U21 and the final against the Blue Bulls, where he helped his side to a 30–23 victory over the Blue Bulls U21.

The following year, he was a member of the Maties side that played in the 2014 Varsity Cup. He played in the first four of Maties' matches in this competition, scoring two tries. He then moved to the Western Province squad that participated in the 2014 Vodacom Cup, where he made his first class debut by starting their 16–8 victory in the opening round of the competition. Kotze also scored his first career try in Round Five of the competition, a 65–29 victory over Kenyan invitational side Simba XV, eventually making a total of 6 starts.

In 2015, Kôtze was named in the wider training group of Super Rugby side the Stormers. He was included in their final squad for the season and was included in the starting line-up for their season-opening match against the Bulls. He played the entire 80 minutes of the match as the Stormers started their season in fine form by running out 29–17 winners in the match in Pretoria.

October 2016 saw him trade Stormers for the Bulls. Before joining the Bulls Kotze had scored 8 tries in 34 appearances for the Stormers. In October 2018 he signed a short term deal with the Ospreys which will see him in Pro 14 Rugby for 3 months.

He continued to represent the Bulls until 2020 when Super Rugby was placed on hold due to the coronavirus. During that time, a 21-day exit clause was available to South African players which Kotze exploited as he was granted a release by the Bulls.