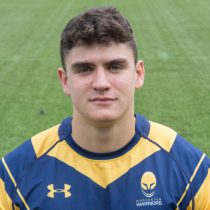 Scott was a former student of Malvern College, joining Worcester Warriors at u15 level. The second row has also been capped at England u16 & u18 level.

In the summer of 2017, Scott joined the Senior Worcester Academy and went on to make his debut vs Harlequins in the Anglo Welsh Cup.