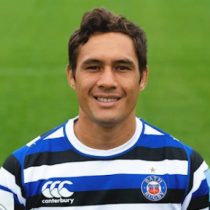 Born in Hamilton, New Zealand, Willison has a wealth of experience at the top level, having spent five seasons in Super Rugby, where he won the title with Waikato Chiefs in 2012.

The number 12 won the Junior World Championship with New Zealand Under 20s in 2008 and has gone on to feature seven times for the Maori All Blacks.

He also captained ITM Cup side Waikato, bagging 13 tries in 50 appearances while helping the North Island outfit reach the final in both 2010 and 2011.

During his three seasons at the Chiefs, Willison featured 37 times and crossed the tryline on six occasions, before moving north to Auckland to join the Blues from 2013 to 2014.

He made the move to France to join Grenoble ahead of the 2014/15 campaign.

Following 33 appearances for French side Grenoble, Willison joined Worcester Warriors in the summer of 2016.

The sharp centre made 22 appearances in his debut campaign at Sixways, making 18 starts in the Premiership. The Kiwi was a key cog in Warriors' exciting backline which scored a Club-record 56 tries in the league.

In January 2018, Bath Rugby announced the signing of Willison, who joined the club ahead of the 2018-19 season.

The centre made a huge impact in his first season at the Club, featuring regularly in the first team, with 16 appearances.