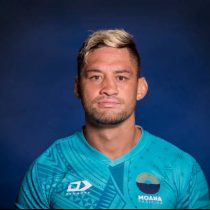 After getting seven starts for Tasman in 2008, Lam returned to the Waikato, where he was born, to be part of the 2009 Chiefs Wider Training Squad and the Mooloo later in the year.

Lam shifted south to Wellington at an early age and then across to Canberra where he made the Australian Secondary Schools’ side two years running in 2004 and 2005.

His first year in the Australian Schools team was as a centre, before he was converted into a loose forward the following year and made the team again as a flanker.

In August 2016, Lam was confirmed as the captain for Bristol Rugby fro 2016/17, taking over from fellow Samoan international David Lemi.