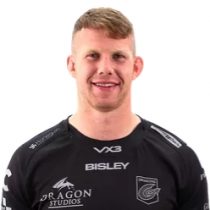 Caerphilly born Dixon began his rugby in the Dragons Academy playing in the U16s and U18s age-grade competitions. During his time in the Academy he made his debut for the Dragons senior side and then moved onto earn Wales U20s honours.

Jack Dixon became the youngest player to make a Welsh regional appearance when he came off the bench in the LV= Cup win away at Wasps in October 2011, aged just 16 years 313 days. Newbridge-born Dixon broke the record set by team-mate Hallam Amos just 33 minutes earlier, when he had started the game.

Dixon was selected for the Wales Under-20s squad for the Junior World Championships in South Africa in 2012 - skipping an age grade as he still qualified for the Under-18s. The centre became the youngest player to appear in the tournament when he started the group game against Fiji. He also started in the side that beat the Baby Blacks 9-6 in the pool stages – the first defeat New Zealand had suffered in four years at the competition.

Dixon - who was named in Wales’ extended 2015 Rugby World Cup squad - hit a century of appearances for Dragons in December 2018 when he faced Northampton Saints in Europe. In November 2017, Dixon committed his future to the Dragons by signing a new three-year contract that will keep him at Rodney Parade until 2021.