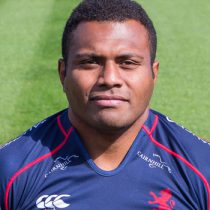 Boladau has Championship experience having spent time with London Scottish in 2016.

Prior to that, 'Bola' spent 2 seasons with the Welsh regional side Ospreys, where he made his debut in 2014, having previously represented Bridgend Ravens at club level.

Educated in his home town at Suva Grammar School, Bola is a strong ball carrying back rower and signed for the Rotherham Titans in May 2017.