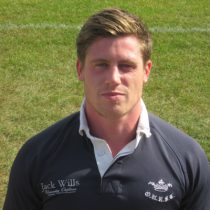 Williams hails from Swansea, where he earned a BA in History and also featured successfully in the ‘Welsh Varsity’ played against Cardiff at the Millennium Stadium.

He played for Wales Students, and took part in premiership side London Welsh’s preseason training earlier in 2017.

Williams is in his first year of study in the MSt Literature & Arts, having completed a course in Historical Studies in 2016.