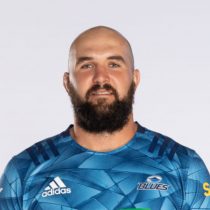 The cousin of the All Blacks lock Sam Whitelock, Dalzell has many of the same qualities on the rugby field. A proven ball-winner at lineout time, solid ball carrier and real workhorse Dalzell has a promising future ahead of him.

Dalzell was part of the successful New Zealand U20 side that won the World Rugby Under 20 Championship in 2015. A year later he was named in the Canterbury Mitre 10 Cup squad and helped the side claim the Ranfurly Shield and the Mitre 10 Cup.

Dalzell featured for the Crusaders against the French Barbarians and also enjoyed a stint with the Western Force. In 2020, Dalzell left Canterbury to join Auckland ahead of the new Mitre 10 Cup season.