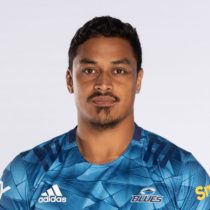 Having helped Massey and Kelston Boys’ High School get to a 1A semi-final in 2010, Cowley-Tuioti was called in for training by the Blues in 2015 after impressive performances for the Blues Development XV.

The lock’s strong work ethic caught the eye of Blues selectors and his place in the 2016 squad was cemented following a strong ITM Cup season with North Harbour.

He would go on to make his debut for the Blues against the Brumbies in 2016 and will look to add to his tally in the 2017 Super Rugby season.

In August 2017, Cowley-Tuioti extended his Blues contract until 2019.

He played in all 16 games for the Blues Super Rugby matches in 2017 including the win over the British and Irish Lions with the 1.96m lock starting in 13 of his 16 games.

After deciding to commit to the club beyond the 2019 season, Gerard added to his 44 Blues caps and continued to drive the Blues engine room.

In September 2021, he signed a deal with Top League side Kobelco Steelers.