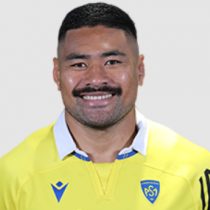 A powerful presence at the back of the scrum, Fritz Lee became a mainstay in the Clermont pack having signed for the club in 2013.

Incredibly difficult to take to ground, Lee is also a well-rounded back-rower with the ball in hand as well as on defence.

Lee burst onto the scene with Counties Manukau back in 2007 and regularly represented the side until 2013 racking up over 60 appearances in the ITM Cup.

The athletic no.8 featured for the All Black Sevens team in 2010 before linking up the Chiefs a year later.

In 2013, he signed a three-year deal with Clermont and has been a driving force in the pack ever since his arrival.

He was nominated for the European Player of the Year for the 2014/15 campaign having guided the side to the final of the Champions Cup, where they were ousted by French-rival Toulon.

He also played a pivotal role in helping the side reach the final of the Champions Cup in 2017, winning the Top 14 that year and the Challenge Cup in 2019.

Lee heads into the 2021/22 season having represented the club more times than any other player in the past three seasons having racked up 185 appearances for the French side since arriving back in 2013.

He has made 38 Champions Cup appearances as well as five Challenge Cup appearances. He has scored 37 tries for Clermont during his time at the club and has started over 80% of his matches for the Yellow Army.