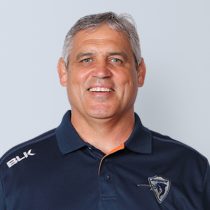 Ludeke started his professional coaching career with SWD Eagles in 1999 with stints with the Springboks, Cats and Golden Lions before joining the Bulls.

He took over as the Blue Bulls head coach in 2008 following Heyeneke Meyer's success winning the Super Rugby title the year before.

He went on to win back to back titles with the Pretoria-based side in 2009 and 2010. In 2015, he left the Bulls despite having one year left on his contract with the club.

In July 2015, it was announced Ludeke would join the Fiji national team coaching set-up ahead of the 2015 Rugby World Cup, working with the forwards and lineouts and kickoffs.

Following the Rugby World Cup he departed for Japan where he was named as Kubota Spears head coach.