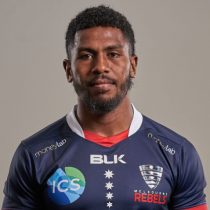 Lomani is a Fijian scrum-half who made his Test debut v Samoa in Apia in July 2017.

Lomani made his test debut against Samoa coming off the bench for Henry Seniloli in 2017 and by the end of 2018, he had 8 test caps and was also featured in Fiji's victory over France in November.

He also earned selection for the Barbarians last year against Argentina.

Lomani turned down offers from England and France and spent 2019 representing the Fijian Latui in the Rapid Rugby showcase before signing with the Melbourne Rebels for the 2020 Super Rugby season.

After 25 appearances in the Super Rugby competition, Lomani signed for Premiership side Northampton Saints.

In February 2022, he was released from the Saints in order for him to pursue another playing opportunity overseas.