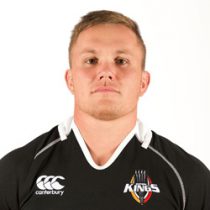 A former Affies Boy Eital Bredenkamp made his first class debut for Western Province during the 2014 Vodacom Cup.

Despite playing as a flanker for the majority of his rugby career, he was named as the replacement hooker for their opening match of the season against Boland Cavaliers and came off the bench shortly after half-time.

He was one of three players that moved from the Western Cape to the Eastern Cape to join Port Elizabeth-based side Eastern Province Kings for the 2015 season.

He made his debut for the EP Kings by starting their first match of the 2015 Vodacom Cup season, a 19–27 defeat to defending champions Griquas.

He moved back to the Western Province after the 2015 season.