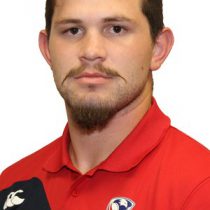 Barrett is certainly a player that will go onto make many appearances for the USA 7's after a great start to his Sevens careers.

He has a lot of success in his career helping his AIG Men’s Collegiate All-Americansside defeat a combined New Zealand Universities side during the MCAAs’ New Zealand Tour in June 2013, a shock result that no on expected and also scored a try in the Eagles Select XVs’ win against Canada at the 2013 IRB Americas Rugby Championship in Langford, British Columbia.

Barrett has 54 Sevens Series tournaments under his belt and is one of the USA’s most experienced international competitors.

In October 2021, he signed a deal with Major League Rugby side, Houston Sabercats.