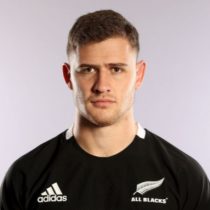 The former Saint Kentigern College captain is the only Auckland-based player named in the 31 man New Zealand U20 squad who traveled to the Gold Coast for two test matches against Australia in June 2016.

The Pakuranga flanker was reselected in the New Zealand U20 squad in 2017 and was also included in the Blues wider squad for the 2017 Super Rugby season.

Papali'i was later named in the Auckland squad for the 2017 Mitre 10 Cup having put some impressive performances in with the NZ U20s side as the won the U20 World Rugby Championship.

Tipped as one of the next big players in New Zealand rugby Papali'i will look to make his Super Rugby debut in 2018 after securing a contract with the Blues.

Papalii, made his debut for the Blues mid-way through the 2018 season and has since become an integral part of the team. The loose forward is a two-time Development Player of the Year and was Rookie of the Year and Club Person of the Year in his debut season.

With an All Blacks tour under his belt, 2019 saw Dalton become a regular feature in the Blues back row earning 21 caps in total. Another All Blacks call up beckoned during the Rugby Championship, playing against the Springboks in Wellington.

With plenty of experienced All Black internationals departing at the end of the World Cup, Dalton will be aiming to stake his claim as one of the countries best loose forwards in 2020.