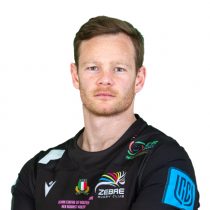 Cook is a graduate of the Bath Rugby Academy, having made his academy debut back in 2009.

The quick-thinking scrum-half, an Old Millfieldian, spent much of the 2013/14 season on loan at London Welsh in the Championship. He was at the heart of the Exiles' successful promotion to the Aviva Premiership.

In January 2019, he signed a new contract with Bath Rugby, which took the scrum-half into his 11th season with the Club.

In May 2020 Bristol Bears signed the scrum-half from Bath ahead of the 2020-21 Premiership campaign.

In July 2021, he signed a short-term deal with Northampton Saints as injury cover.