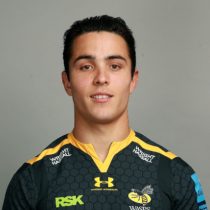 His father, Amit Sirker, played for London Welsh in the 1980s and Sirker junior spent time with Richmond on dual registration during 2018/19.

The flying winger made his first-team home debut against Saracens in the 2019/20 Premiership Rugby Cup, in which he also scored his first try for Wasps.