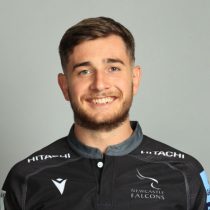 The flying backline ace is comfortable at either centre or wing. A graduate of Durham University, Stevenson has been part of Newcastle Falcons since 2016.

After a string of top performances, it was announced in May 2021 that Stevenson would had extended his contract with the club for a further two seasons.