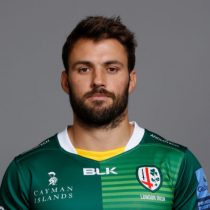 Meehan is a talent scrumhalf who represented Australia's under team, in the IRB Junior World Championships 2013 in France.

He has gone on to debut for the Melbourne Rebels as the starting scrum half in the opening round against the Cheetahs in 2014.

Since his debut, the scrum-half has scored 20 points (4 tries) in 23 Super Rugby caps.

In May 2017, Meehan agreed to join London Irish, he began his professional career with NRL side Melbourne Storm before switching codes in 2013 when he signed for Queensland Reds’ Academy.

Capped four-times by Australia Under-20s, the Queenslander, who was nominated for the 2013 Australian Under-20s Player of the Year, moved to the Rebels a year later.

In 2017, he joined London Irish before leaving them for Gloucester in July 2021.