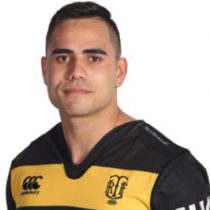 Former New Zealand All Blacks 7s pivot, Beaudein has played for Melville in Hamilton as well Clifton in Tikorangi before representing Taranaki for multiple years in the NPC/Mitre 10.

A New Zealand Schools representative in high school he has been a part of the Chiefs Development Team and Hurricanes Preseason training squad in Super Rugby in years past.