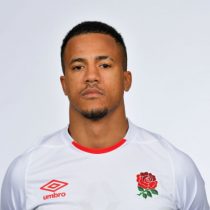 Anthony, born in Ashford, Middlesex, was an early starter in the game at Effingham & Leatherhead RFC when five and from there he advanced into the England U16 and U18 sides as well as becoming vice-captain at his school, St George’s College in Weybridge, Anthony was also in St George’s Junior School U8 team that won the national title.

England Under 20s fullback Anthony Watson joined Bath Rugby in the summer of 2013. He made several appearances for his previous club London Irish during his 2-year stint at the club. Watson made a serious impact for the England u20s during the 6 Nations in 2013. He guided England to win both the U20 Six Nations title and the Junior World Championship, making six starts overall – four on the wing and two at full back – to add to the five games he played for the side in 2012.

At just 19 years of age, Watson made numerous starts at the beginning of his new club career with Bath. In 2014, he was announced in the England squad for the 6 Nations but did not play.

As secure in defence as he is elusive in attack, Watson quickly replicated his club form on the international stage. Having represented England through the age-groups, he made his full international debut in November 2014 against New Zealand and is now considered as an England regular. Utilised by the Red Rose on the wing, by the summer of 2016, Watson's red-hot form had seen him score 12 tries in 24 international matches.

He scored a try in Bath's European Challenge Cup final defeat to Northampton in Cardiff, May 2014 and started at full-back in Bath's loss to Saracens in the 2015 Premiership final.

The gifted fullback, who is equally great on the wing was named in the England squad for the 2015 Rugby World Cup, wore England's No. 14 jersey in all four pool games at RWC2015 scoring a try against Australia and two more against Uruguay.

He appeared in all five 6 Nations games in the Grand Slam season (2016) and scored the last try of England’s 13 tries in the tournament against France by gathering a Ben Youngs’ grubber kick with deceptive ease and diving over at the corner.

Watson was a key figure in their 2016 Grand Slam, scoring three tries in three successive games against Ireland, Wales and France.

Watson was included in his 1st British and Irish Lions tour in 2017 as one of 16 English players.

Watson also started all three of the British and Irish Lions matches against New Zealand.

A string of injuries followed for him but he recovered in time to help England reach the Rugby World Cup Final, he became a standout performers throughout.

He returned to the squad for the 2020 Six Nations, going into the competition with 45 test caps scoring 17 tries. He had 17 caps in previous Six Nations scoring 8 tries.

Watson has again been included in the British & Irish Lions squad for the 2021 tour to South Africa.