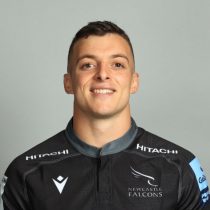 The Teessider has played A-League rugby for the Falcons’ Development Team in the 2017 season, scoring a length-of-the-field solo try at Leicester Tigers after starring for the club in the Singha 7s.

Radwan, who attended Hartlepool Sixth Form College, finished the 2017 season playing for Darlington Mowden Park after his club Billingham RUFC agreed to release him early to play at a higher level.

Having scored seven tries in six first-team starts for the Falcons, the Premiership club re-signed the winger for the 2018 season.

In January 2020, thr prolific winger signed a new two-year deal with the Falcons.