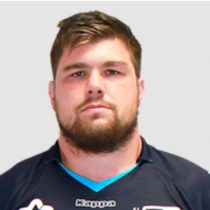 Beginning his career with Lyon, Guillamon made a move to Stade Toulousain in 2012 and developed himself as one of the club's leading young props.

He made 9 appearances for Stade Toulousain between 2012 and 2014 before moving to Oyonnax Rugby where he represented the club 34 times before making the move to Montpellier in 2016.

Guillamon played twelve matches for Montpellier in the 2017 season before undergoing groin surgery.

This injury had cut the momentum and deprived him of France's fall tour. Following his recovery, he was called up to play with the French Barbarians to face Tonga on Friday 10 November 2017.

In October 2018, he signed a new four-year deal with Montpellier until June 2023.