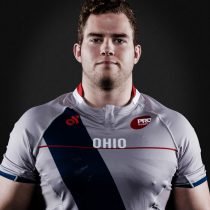 He has since made his full international debut for the Eagles in the summer of 2016 against Italy - and signed a professional contract with PRO Rugby's inaugural Ohio Aviators franchise.

2017 saw him sign a deal with Major League Rugby side Utah Warriors.