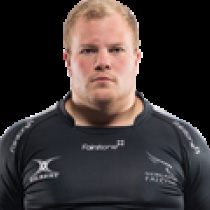 Foter spent the 2016/17 season at the Titans having previously played at Newcastle Falcons and Blaydon RFC in National One, where he was a member for 14 years.

Newcastle-born, Fodter made his Premiership debut for his hometown club in April 2015 against Saracens and his European Rugby Challenge Cup debut against Brive in January 2016.

In May 2018, he signed a deal with Yorkshire Carnegie.