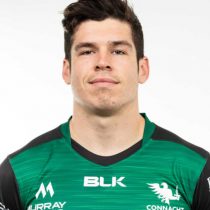 Wootton joined the Northampton Saints academy ahead of the 2012/13 season.

Alex made his Munster A debut against Plymouth Albion in 2013, he also received a call up to the Ireland U-20 squad for the 2014 IRB Junior World Championship in New Zealand.

He was named 2015 Senior Player of the Year and represented both the Ireland Men's 7 squads and the Ireland Wolfhounds 7s squad in the summer of 2015.

Wooton signed a two-year contract extension with Munster in March 2017.

He made his European Rugby Champions Cup debut in 2017, against Leicester Tigers.

After 39 appearances for the province, scoring 13 tries, he joined Connacht on a loan deal until the end of the 2020-21 season.